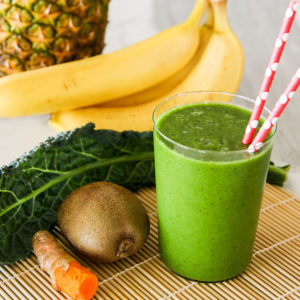 I've been interested in learning more about nutritional healing and adding certain ingredients to my diet specifically to address and prevent disease. I have rheumatoid arthritis and I am particularly interested in foods with anti-inflammatory properties. I have been looking for ways to add turmeric, in particular, to my diet. Turmeric has been used in Ayurvedic medicine for over 6000 years. Curcumin is a potent anti-inflammatory agent and is the primary active ingredient in turmeric. Chronic inflammation is now thought to be an underlying factor in many Western diseases including obesity, arthritis, pancreatitis, inflammatory bowel disease, Alzheimers, cancer and cardiac disease. There are more than 5600 peer-reviewed, published biomedical studies that show cucurmin's potential to treat and prevent diseases. Scientists are discovering additional health benefits of cucurmin, including promoting brain health and digestive health, blood sugar regulation, reducing depressive behavior, enhanced cell signaling, cell detoxification and multiple mechanisms that lower the risk of cancer.   There are numerous studies that show cucurmin is a viable alternative to several prescription and over-the-counter drugs including: lipitor, corticosteroids, prozac, imipramine, aspirin, various inflammatory medicines, oxliplatin and metformin. Many of these studies are animal studies that still need to be proven in human studies, but it is clear that turmeric is powerful, health promoting agent on many different levels.   My rheumatologist, who happens to be Indian, told me she drinks a cup of golden milk at the first sign of a cold and that it often stops the cold in its tracks. She also said for some people with osteoarthritis, a daily dose of turmeric can be as effective as over-the-counter anti-inflammatory drugs for controlling symptoms. Here is a great article that reviews the many health benefits of turmeric.

Golden Milk has taken on a Western foodie twist and has evolved from the bland turmeric tea traditionally used in Ayurvedic medicine, which was often simply a mixture of milk and turmeric. In my opinion, the Western twist is a good thing in terms of flavor, nutritional and health benefits. I researched a number of golden milk recipes to develop this recipe. Each ingredient in my recipe has a reason and a purpose.

Are you sold yet? This little cup of goodness is incredibly good for you. I find I'm ditching my morning cup of joe for this healthy libation. It is not bad as a night cap before bed either.

It takes a few minutes to make a cup, and not much more to make a batch. This recipe makes four 1-cup servings, but you could easily double it and make eight servings. Store it in the fridge for up to 5 days. When you are ready to serve, heat up a cup on the stove or in the microwave. If you like, throw it back in the blender or whip it up with a milk frother. I like using a milk frother to avoid washing the blender. This milk frother is very inexpensive and has the best ratings on Amazon. Try Your Golden Milk Over Ice Golden milk is also delicious over ice. I like to add an extra squeeze of lemon juice when I serve it cold.

Most studies I have read suggest Westerners take turmeric in capsule form because it is hard to consume enough turmeric to get a therapeutic dose. The World's Healthiest Foods, a wonderful resource for finding summaries of science-backed nutrition and health information, reports that even as little as 50 milligrams of turmeric (about 1/50th of a teaspoon) taken on a daily basis can provide health benefits over time. So a cup of golden milk a day wouldn't be a bad habit to take up.

Yellow Fingers, the One Draw Back

The one draw back of making golden milk is preparing the turmeric results in  yellow fingers and a yellow cutting board. There are several solutions that will help: a mixture of lemon juice and baking soda, a sugar and water scrub, a lemon and sugar mixture or a little bit of coconut or olive oil. If you really hate yellow fingers you can use latex gloves when you prepare the turmeric. A good blender is a clutch tool for making golden milk. With a good blender you don't have to pre-grate your turmeric and ginger, saving both time and yellow fingers. If you have made an investment in a Vitamix, you are in great shape. If you want a powerful blender, but don't have the budget for a Vitamix, I love my Jamba Juice Quiet Shield Blender. It makes great smoothies and is perfect for making golden milk.   Print

A nutritionally dense warming beverage to start your morning, end your day and help heal what ails you all day long. Made with a cornucopia of good-for-you ingredients including: fresh turmeric, ginger, cinnamon, Medjool dates, almond milk, MTC oil, black pepper, lemon and Himalayan salt.

If you have a powerful blender you will not need to grate the turmeric and ginger first. If your blender is a light weight unit, you may get better results by grating your turmeric before adding it to the blender.