Swordfish - The Good, The Bad And The Delicious

I really enjoy a piece of swordfish now and then, but I worry about the sustainability of swordfish and the dangers of mercury. So I thought I'd do a little research to see what the latest word on this delicious fish is. This is what I discovered:

Swordfish is a meaty and satisfying fish, high in protein, Vitamins D & E, selenium and potassium. Swordfish is relatively low in calories, at 146 calories for a 3-ounce portion. Swordfish is an oily fish that provides omega-3 fats that are good for you.

Today, The Marine Stewardship Council and the The National Oceanic and Atmospheric Administration consider North Atlantic swordfish to be one of the most sustainable seafood options. The Monterey Bay Aquarium Sea Watch considers harpooned and hand-lined swordfish "best choice" seafood and long-lined swordfish  a "good alternative."

Scientists, government and fishermen have worked to significantly reduce bycatch for longline fishing of swordfish. You can learn more about what the U.S. is doing to sustain fish populations and manage fisheries at FishWatch.

Swordfish are long-living fish at the top of the food chain. Swordfish get their nutrients from eating other fish. Consequently, swordfish collect mercury over their lifetime and mercury consumed in swordfish is not good for people. The FDA advises small children and pregnant and lactating mothers to avoid swordfish entirely. For the population in general, it is probably best to limit your intake of swordfish. There are varying opinions on how much swordfish is safe. Personally, I eat swordfish once or twice a year.

In the 1990's Atlantic swordfish was overfished and the population was at only 58% of its target level. But due to an international agreement by The International Commision for the Conservation for Atlantic Tunas, the US greatly reduced their swordfish catch and the Atlantic swordfish have rebounded, are actually over their target population and now considered to be highly sustainable. So, not all bad.

Swordfish are caught primarily on longlines that historically have had high bycatch rates. Fish, sharks, birds and turtles get caught on these longlines, some of which are endangered. In the US, measures have been taken to reduce bycatch. Some say these efforts to reduce bycatch have been highly successful, while others disagree.

Now that you know the good and the bad, we might as well get to the delicious, because that is why swordfish is so popular. Here is my recipe that is tasty enough for company and quick and easy enough for a special midweek meal.

This is my favorite pan for searing fish, chicken or steak on the stove and finishing in the oven. It works beautifully for this recipe and for making an array of quick meals. Swordfish With Mushrooms, Lemon And Capers 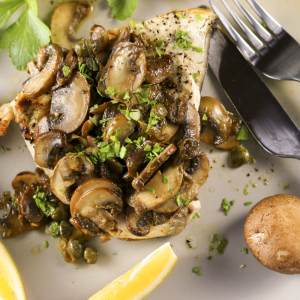 Delicious, fast and easy, this easy swordfish recipe is suitable for company or a quick weeknight meal. 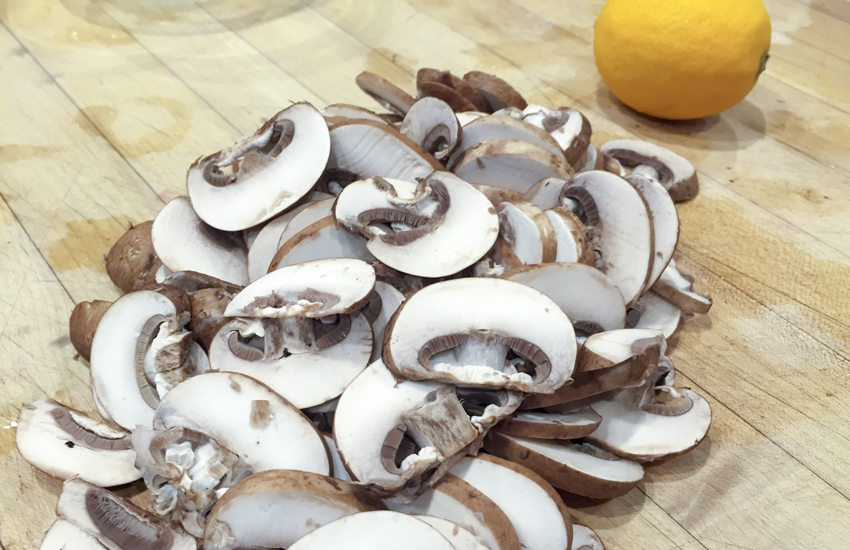 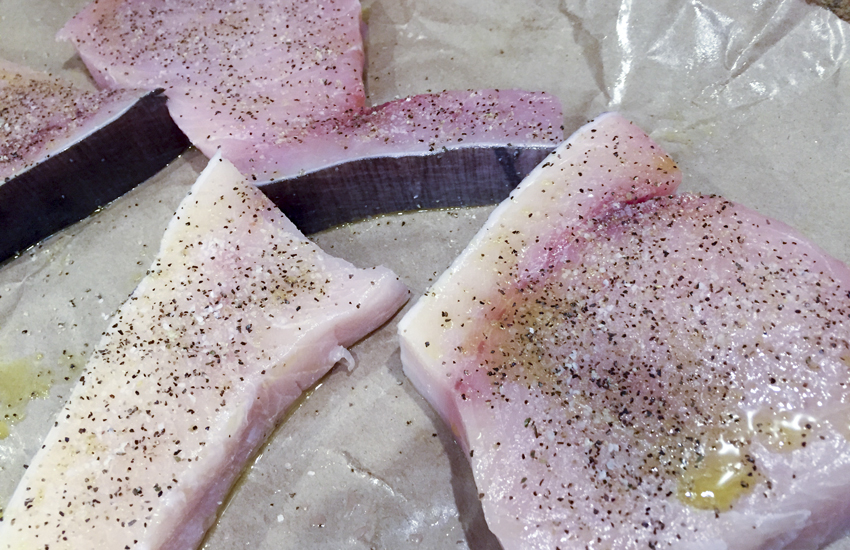 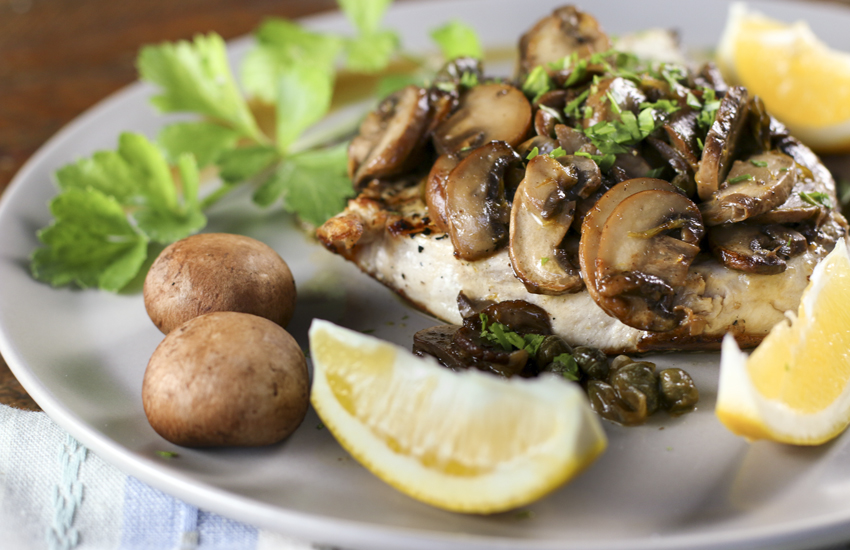 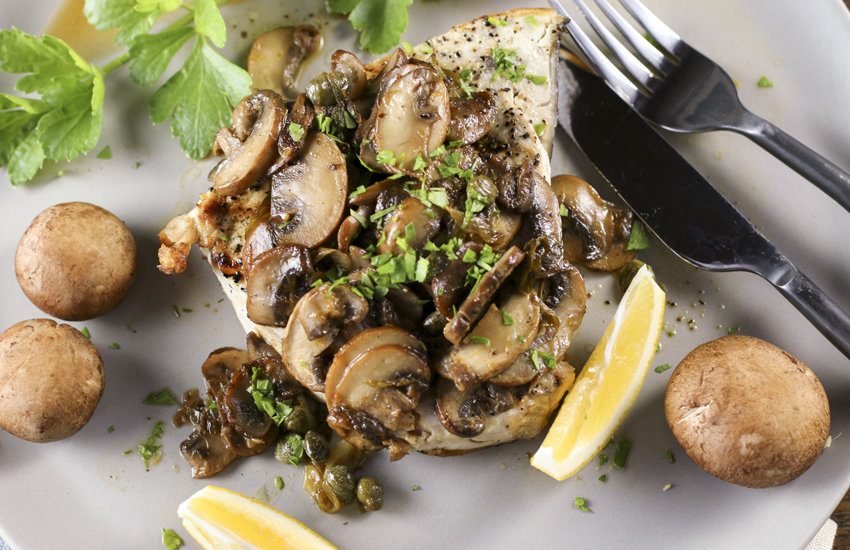 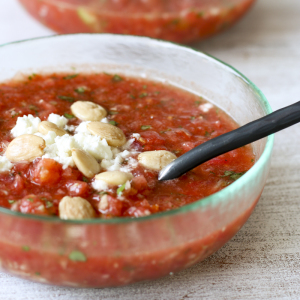 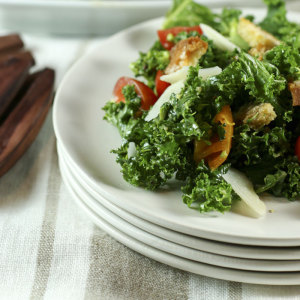 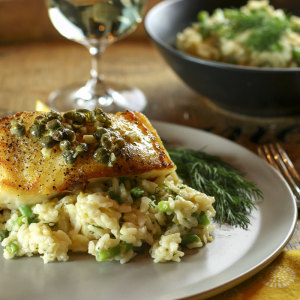 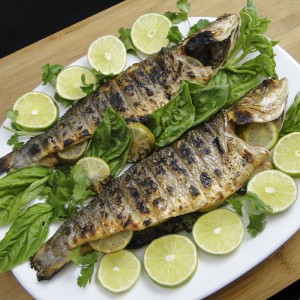