Growing up in Hawai‘i in the 60's and 70's, Canlis Charcoal Broiler was one of the premier island restaurants. I was lucky enough to go there once or twice, but in general it was not a place that a kid went. The one item on the menu they were famous for was the Canlis salad. A couple months ago The New York Times published the Canlis salad recipe. This recipe has boomeranged all over the internet ever since. I am publishing it here, just in case you missed it, because nobody should miss this simple, but elegant salad.

A little about Canlis Honolulu

Canlis in Seattle has been long recognized as an extraordinary restaurant. But before Canlis in Seattle, there was Canlis in Honolulu, another extraordinary restaurant founded by Peter Canlis. Located on the eva end of Waikiki, on Kalakaua Avenue, the restaurant was best described as tropical elegance with a semi-open air structure, lava rock walls, thick beams, orchids, lush ferns, low lighting, enormous tikis and very fine dining. When I was growing up men were required to wear dinner jackets and woman were not allowed to wear slacks. Can you imagine! Today these dress requirements strike me as somewhat hilarious, but those were the days when we got dressed up to go to the movies or board an airplane.

Canlis Restaurant’s elegantly simple salad, dates back to its 60’s & 70’s in Waikiki. Fresh herbs, romano cheese and a coddled egg vinaigrette are the secret. 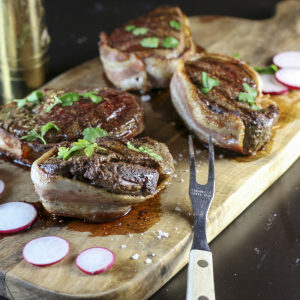 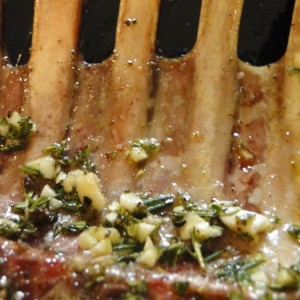